As you can see, this toaster is amaZing. It just blew 2 pieces of toast from itself and the toasts were having weird faces. One of them looks happy (in the back) and it’s like he/she was on a roller coaster of some sort. The toast in the front looks like it’s trying to act cool but I think it’s failing. The toaster itself has his/her face and he/she has the same face as the toast in the front. The first attempt of trying to act cool has failed. 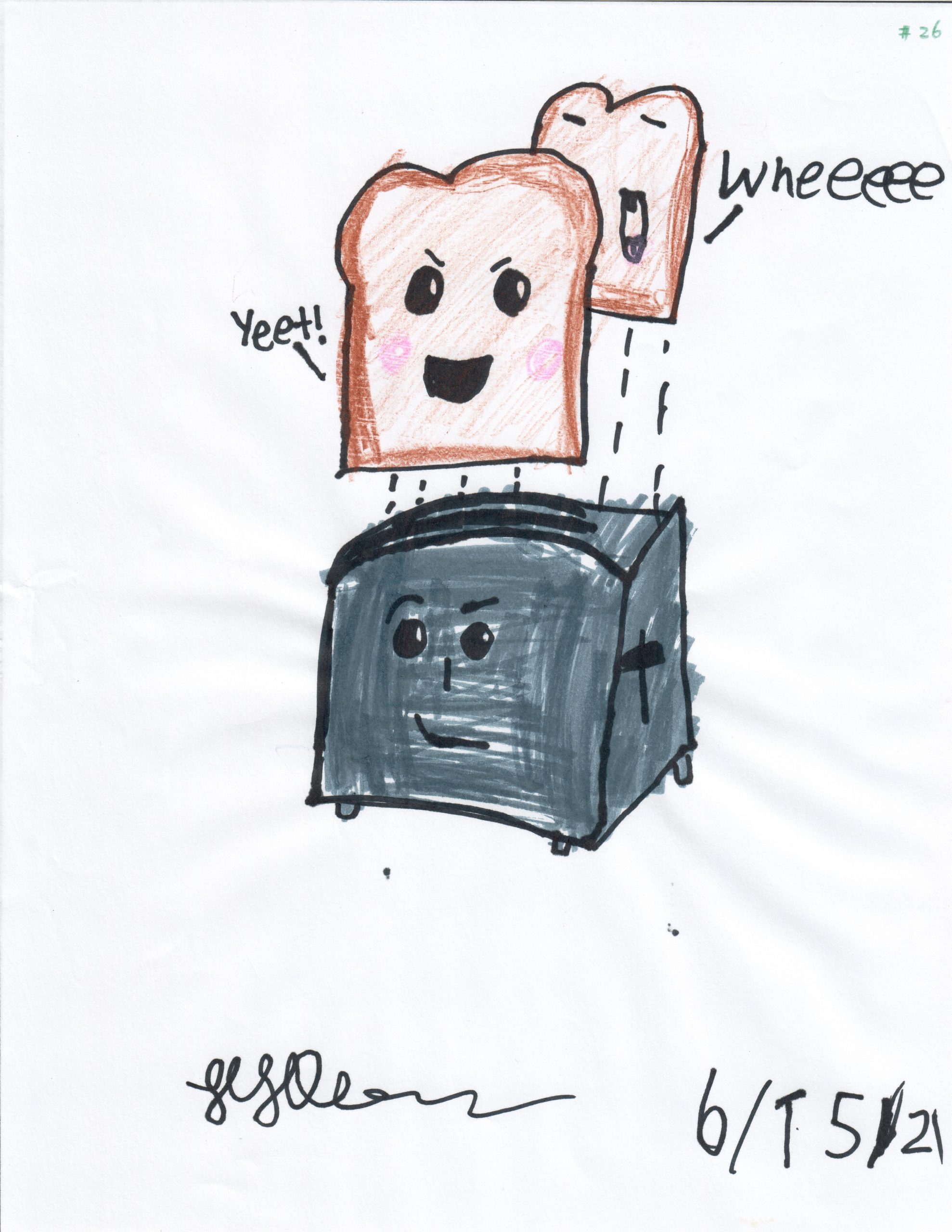